An amazing day out on the Ligurian Sea

An amazing day out on the Ligurian Sea

To begin, it has been over 2 years since I first contacted Davide to come join DDP as an intern. Unfortunately due to COVID and travel restrictions I couldn’t come to Italy from Canada. Finally this March I arrived in Imperia to join the team. While the first few weeks were unusually windy causing sea conditions to be less than ideal for surveys, at long last we make it out on the zodiac, and it was well worth the wait. We had an amazing day out on the Ligurian Sea. After a few hours we spotted what seemed at first to be a lone bottlenose dolphin, but soon several more popped up.

While we followed the group we observed several fascinating behaviours and interactions:

When Davide and Elena felt they had photographed all the individuals present we stopped for a lunch break. We were still surrounded by dolphins feeding with this carousel. Every few minutes a dolphin would surface to take a breath in between dives, and that indescribable whoosh of them passing through the water and subsequent blow from their exhale, was soothing.

Overall we estimated we saw around 30 dolphins! Which for me, having never seen them before, was incredible. And we followed this large spread group of dolphins for over 3 hours – an unprecedent occurrence for DDP! It really didn’t feel like that long, looking back. The time flew by.

And in the moment, although well aware that we were collecting valuable data for DDP, it didn’t feel like research. It was an unbelievable experience that I will probably never have again. It was very emotional and humbling.

At last, it was a difficult group to photograph because they were spread and numerous, but overall, I really don’t think my first survey could have gone any better. We even encountered another group at sunset for a second sighting on our way back towards Imperia to top off the day. 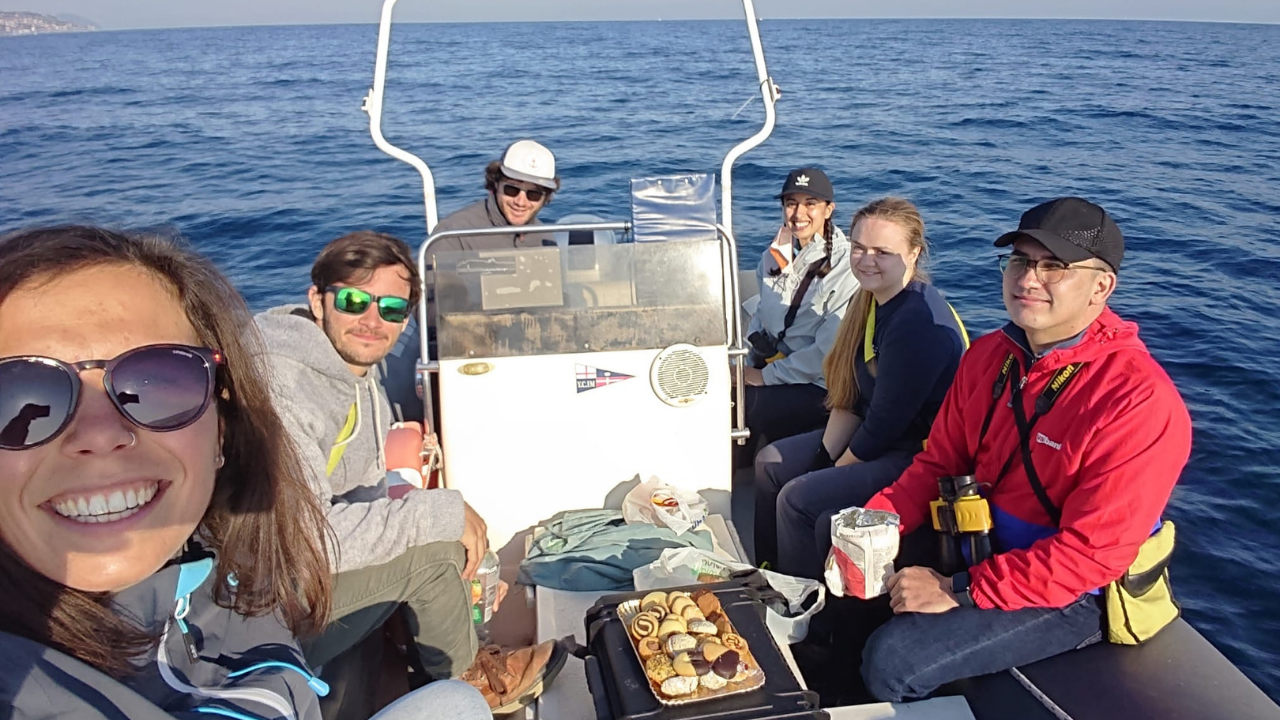