This morning we did our second survey. We left the harbor at around 6:15 a.m. to avoid the strong heat typical of August. As soon as we left the harbor, my colleague Giovanni spotted a group of bottlenose dolphins, they were probably feeding on octopuses.

In the group there was also Elena, an individual I am particularly fond of because it was the first one I was able to see entirely, thanks to her magnificent jump next to the research boat.

After spending about an hour identifying the individuals of the group, we headed West.

Halfway through the day a break was needed so Giovanni, Patrizia (our internship coordinator) and I jumped in the water to cool down. In that area the depth reaches 200 meters, so we were hoping not to have an encounter with mako sharks. Davide talked so much about them, probably just to scare us before the dive. 😉

After this short break we headed farther offshore. After not long, Davide spotted a dorsal fin at a distance. Once we arrived on the spot we could see fins everywhere. We almost immediately deduced it was a group of striped dolphins because they were not shy at all.

Quite quickly the boat was surrounded by bow-riding dolphins and they started following us. Giovanni and I laid down on the sides of the dinghy almost touching the water, the dolphins began to swim a few centimeters from us… if we had stretched out our hands we would have surely touched them!

Striped dolphins are more sociable than other species, hence very satisfying to admire.

They get very close making it easier to see their peculiarities such as skin lesions… being a pathology lover, I was thrilled to see lesions in real life, which before today, I had only seen in textbooks.

This group of striped dolphins was formed of almost 100 individuals! A magnificent show which must absolutely be experienced once in a lifetime.

We hope to have many more over the month! 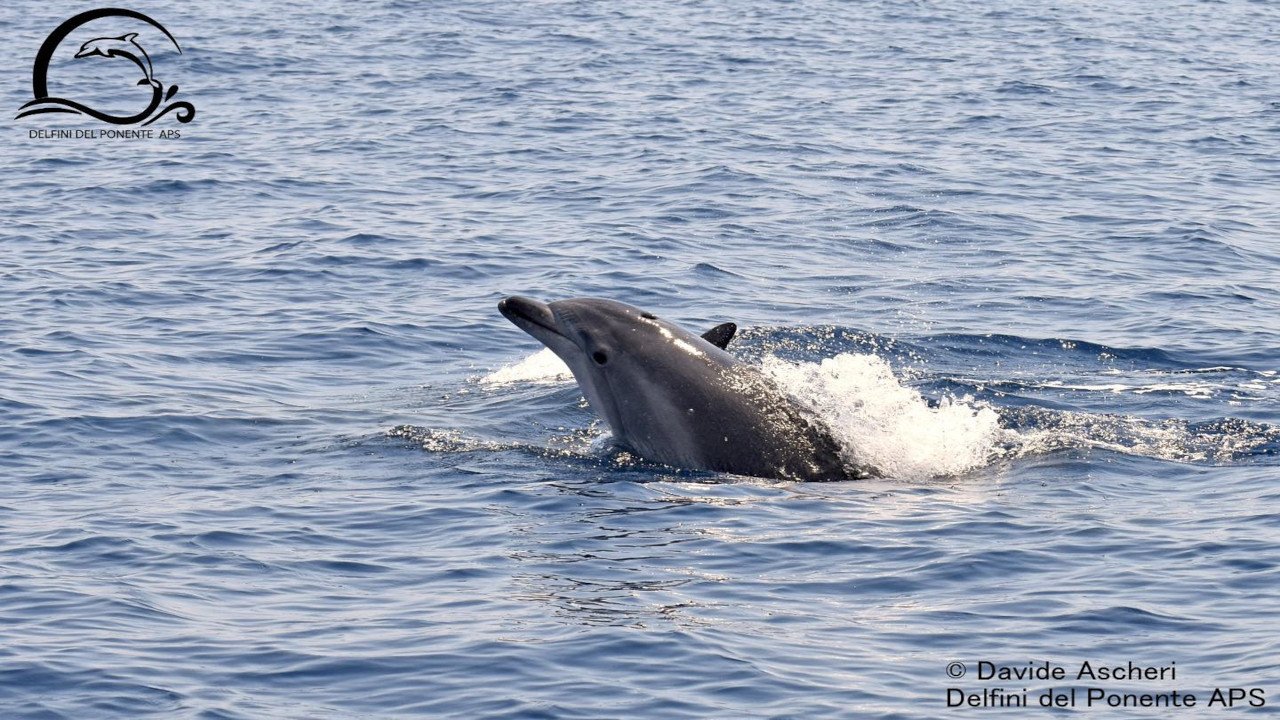 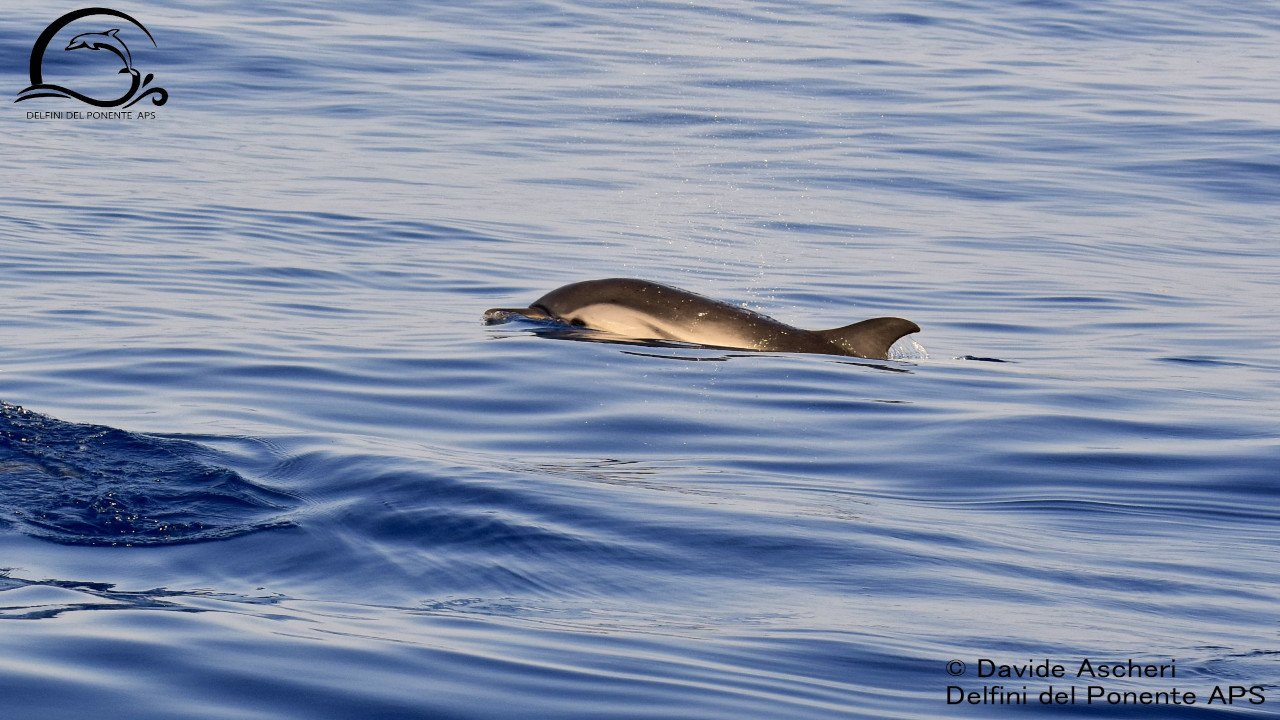 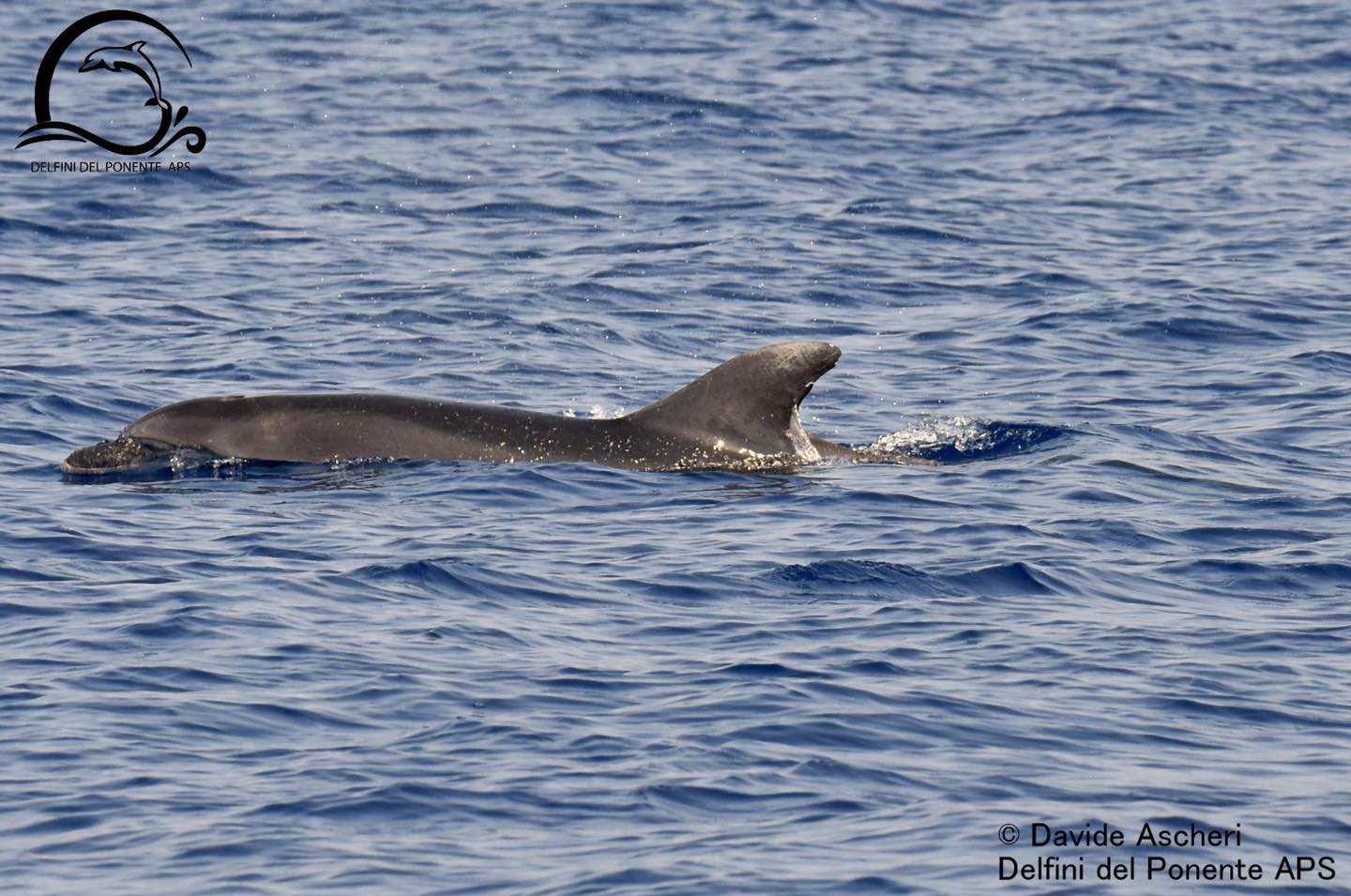