After a day at the office, we received a call about a turtle that was stranded on the beach. In less than 10 minutes we were on our way to rescue it.

When we arrived, the poor animal was not in its greatest shape. Fortunately people had tried to save it by pouring sea water on her (we later found out it was she).

The rescuing of the sea turtle began.

We set her up in the best conditions to wait for the vet. She was kind of big, more than 70 cm and heavy enough to need four people to move her.

She looked very tired, with her mouth covered in barnacles and she couldn’t move. But as long as she was breathing, we had hope!

We first arrived at the beach at 5 pm and finally, after a few hours, we were able to complete all the needed steps to entrust her to the Carabinieri who moved her to Genoa, in a special tank used for turtle transport. There, is the Aquarium of Genoa, one of the Italian recovery centre responsible for the sea turtles in need of medical treatment.

Activating the recovery network for stranded animals is not always as quick as you hope. It takes a few phone calls to understand which of the authorized centre is the closest available in the area.

In fact, sea turtle Caretta caretta is a protected species and both special and specific authorizations are required for their movement and transport, which ensure that only qualified people are involved… and sometimes paperwork does not help.

While we were waiting for the transport vehicle, vet came. She helped us in monitoring the health condition of the turtle. During that time, many people wanted to see Tally (that is how we named the turtle), taking pictures of her… even if overall people were aware that we had to be careful some of them were not. So our task was also to make sure that no one disturbed her.

During the time we passed with Tally, we were focused on keeping her wet and creating a shade above her, trying to reduce the dehydration: it was all we could do immediately, but it was great teamwork.

When we handed her over to the Carabinieri, we left her in very bad health, she was not very responsive… but we hoped for the best!

In fact, Tally is now at the Aquarium of Genoa getting her strength back! 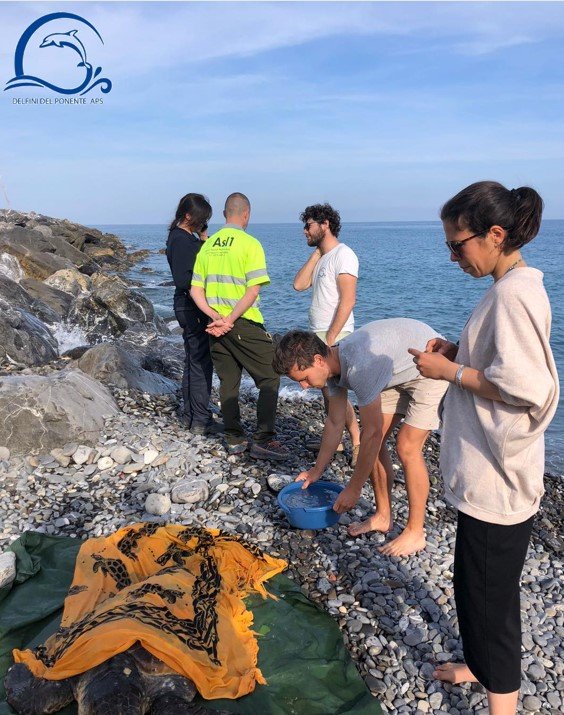 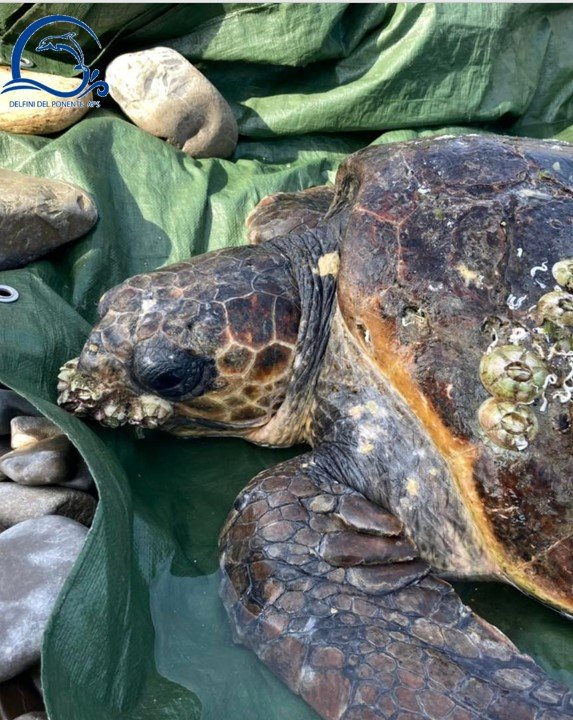