I’m back to tell you all about the first experience of this internship! The bad weather of the first few days didn’t allow us to go out with the Zodiac, but on the 7th of August we were welcomed aboard the Corsara, the Golfo Paradiso Whale Watching’s ship. I would like to highlight the fact that it was my first time on a boat, so I was already thrilled when we left the harbour.

The members of the crew were all very approachable and polite with every passenger they encountered. For example, Francesca, member of Delfini del Ponente, and the marine biologist on board, explained how we would approach the animals and was always ready to answer the passengers’ questions.

One hour after leaving the harbour in Andora, we were able to encounter a group of 20-25 striped dolphins (Stenella coeruleoalba), a social and very curious species. I had never seen a dolphin, so it was certainly a thrilling moment. They had fun jumping on the trail we were leaving and swimming around the ship. There wasn’t a single person on board who wasn’t filming the scene. We stayed with them for a few minutes before leaving, so that we didn’t disturb them any further, but watching the passengers’ reaction, we were all very satisfied.

After sailing further away from shore, we spotted five Cuvier’s beaked whales (Ziphius cavirostris). Seeing them for the first time was amazing, because I didn’t imagine they could reach that size, but finding out that it is rare to see them this close made the experience unique. For those who don’t know, this species dives very deep for an incredible amount of time (the current record is 3 hours and 42 minutes at a depth of 2992 metres), and it’s incredibly shy. For this reason, we had to wait for them because they dived twice for around 20 minutes, before disappearing with a final dive that would embarrass the best synchronized swimming teams.

All in all, it was an amazing experience, and I hope to have similar ones in the future. 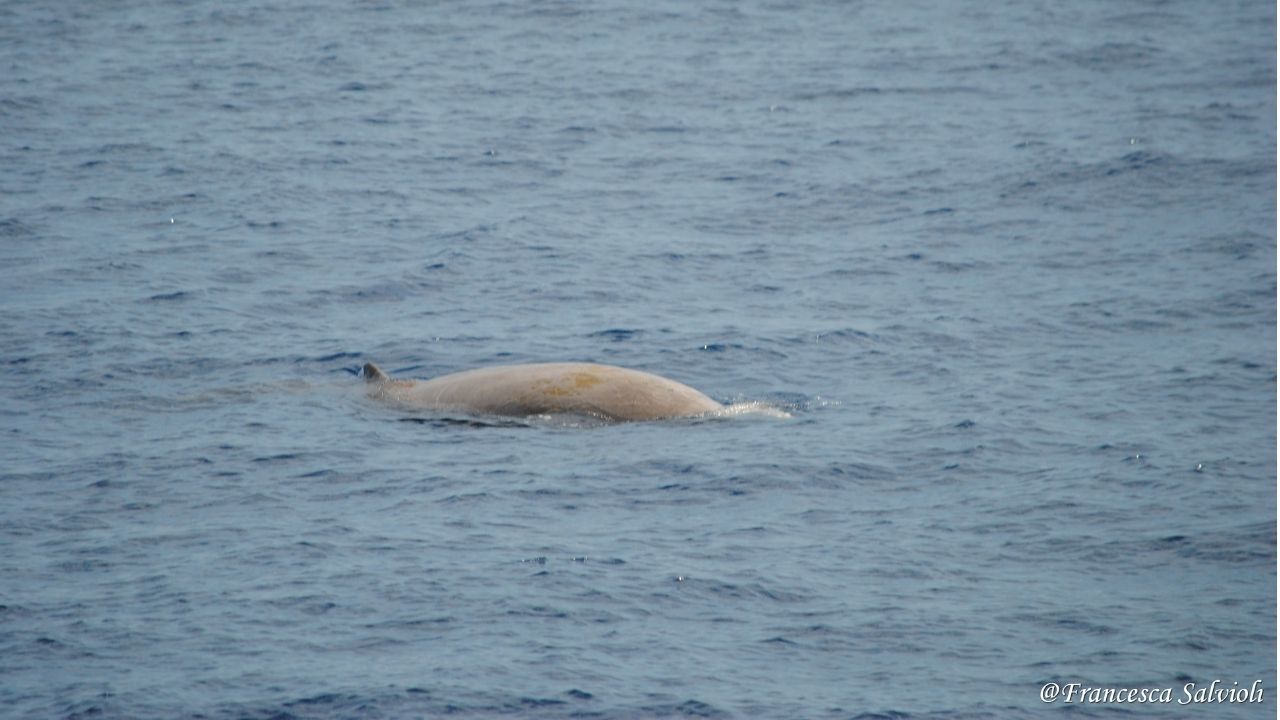