Giulia tells us about sensitization activities with DDP

Giulia tells us about sensitization activities with DDP

Hello!
Today I’ll tell you some of the educational and sensitization activities in which I’m glad to have been involved as DDP staff in the last weeks.

In September, the other interns and I were involved in surveys and photo-ID activities, but also in sensitization activities organized by Delfini del Ponente APS (DDP). For example, the world clean-up of the Ratteghe area and the photographic exhibition about cetaceans species in the Ligurian Sea. The exhibition was placed during the event “Vele d’Epoca” in Imperia.

In particular, I am glad I participated in the setting up of the exhibition and that I let people get closer to the wonderful world of cetaceans. Each of us had to welcome groups inside the structure, make an introduction to the Pelagos Sanctuary and the species of cetaceans that live here, and tell about curiosities that could capture the attention and interest of visitors. We used both videos and beautiful photos taken by the association during the surveys at sea.

Although I am not too shy, in the beginning, I had to get comfortable. In fact, I rarely have to speak to an audience in a way that is both understandable and captivating for people from the most diverse backgrounds. After an initial moment of hesitation, I started to speak more fluently and tried to do my best. I explained to people what I learned in the first week of my internship with DD.

The thing that surprised me the most is that many people (both foreigners, from other parts of Italy, and locals), did not know anything about the richness of species we have in our seas. Many had no idea that in our waters there was, for example, the second largest animal ever existed in the World, the fin whale… Or the largest predator in the World, the sperm whale, which is also a deep diver together with the Cuvier’s beaked-whale.

Having the chance to test myself and make all this known, made me very happy and satisfied. I received both interesting questions and compliments from the people who listened to me. I think it was an educational experience for me and the other trainees. In fact, I think that knowing how to transmit the knowledge and passion we feel for what we study is fundamental… Especially in the field of environmental and natural sciences!

In the past, scientists have always tended to share their works with their colleagues only. However, to solve the great environmental problems we have today, it is essential to involve the population.
Only if you know something and understand its value, you can push for a change and protect it. 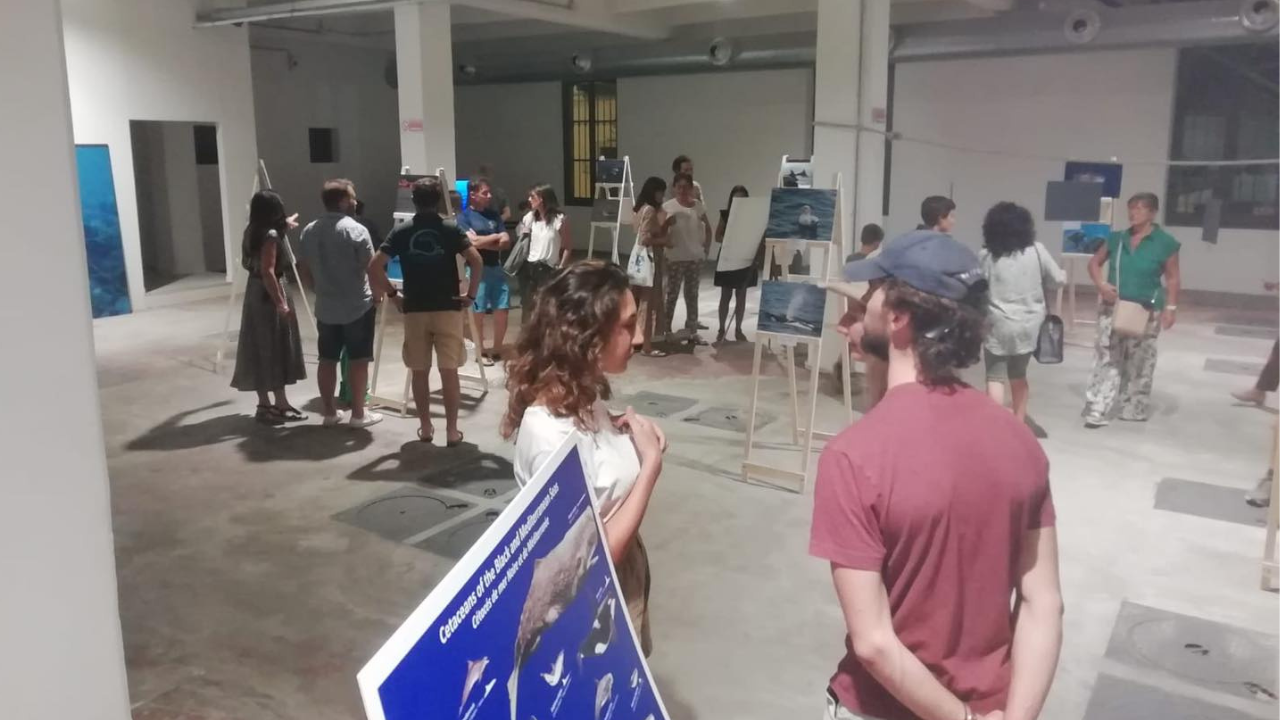 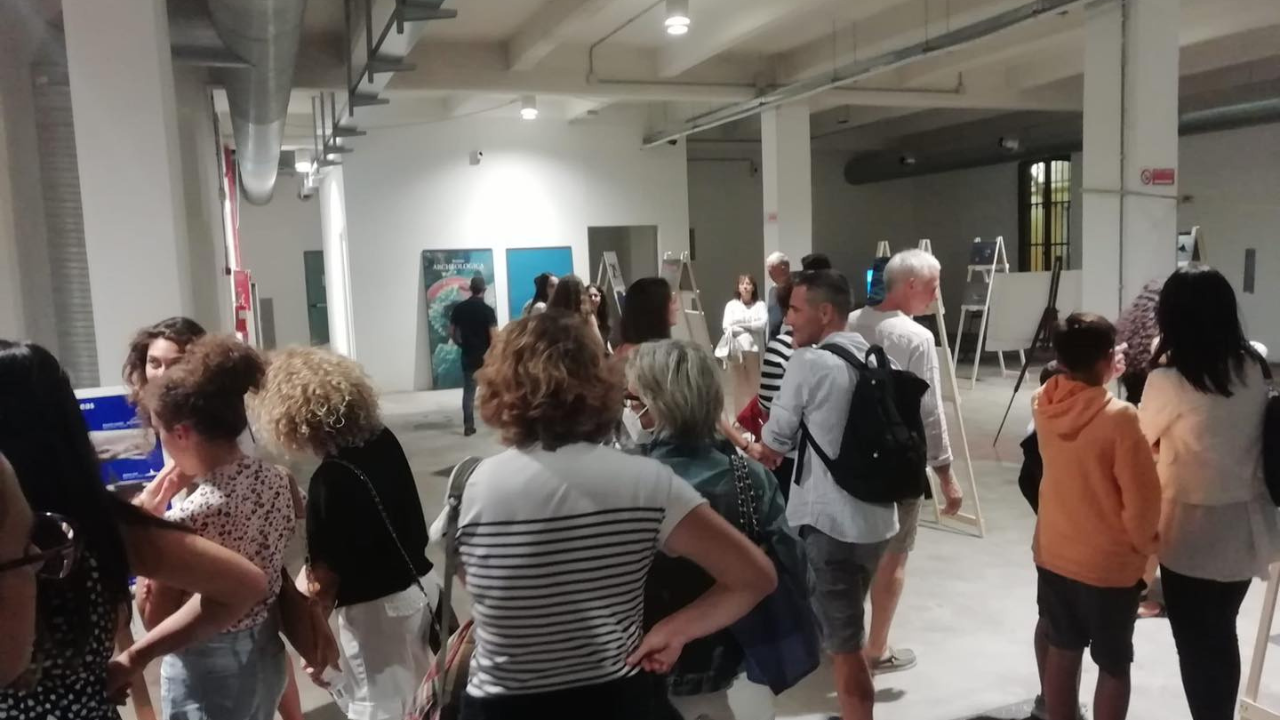 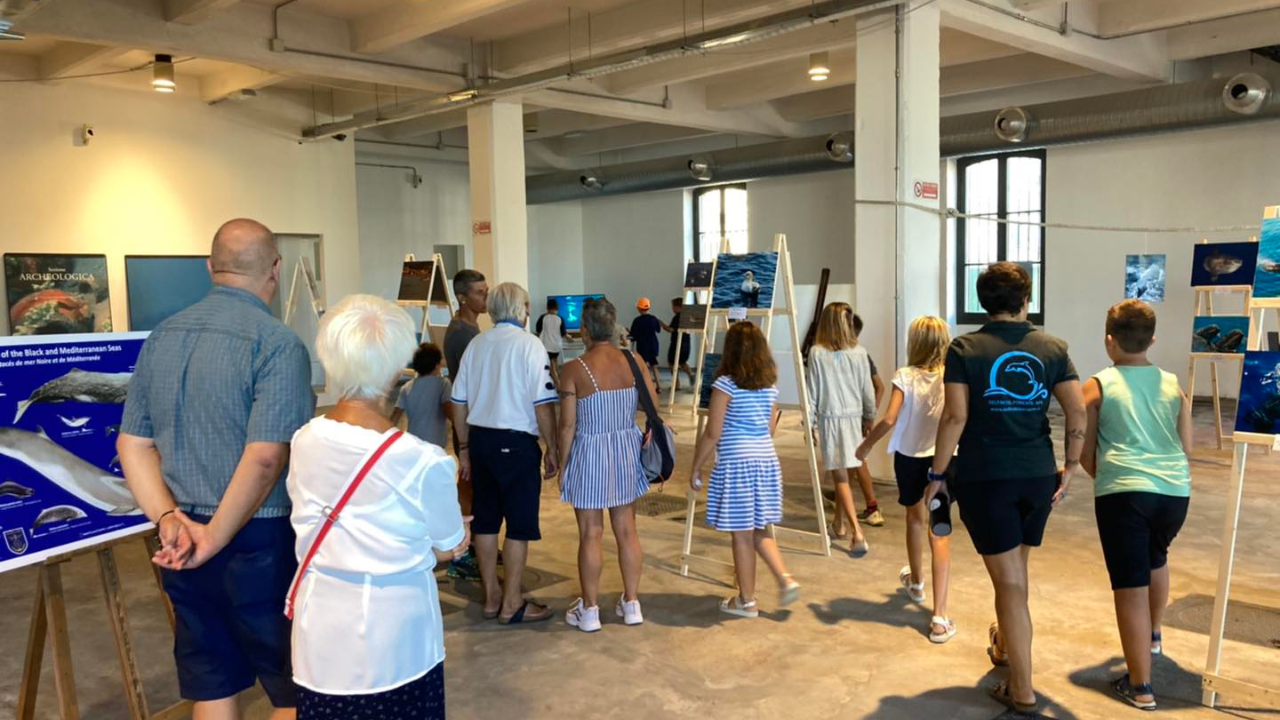