Nicola’s first meeting with cetaceans in the Ligurian waters!

Nicola’s first meeting with cetaceans in the Ligurian waters!

Hello everybody!
I’m here to tell you about my first meeting with cetaceans in the Ligurian waters.

On the 4th of September, I had my first experience on the whale watching boat “Corsara”. We left Oneglia harbour in the early afternoon. The weather and sea conditions were fairly good.

When the trip started, I sat in the middle of the boat among the tourists. I received a lot of questions during the trip, all about the types of cetaceans that we could see and their characteristics. In the first two hours, we only spotted a beautiful manta ray (Mobula mobular, the Mediterranean manta ray) for a few seconds. But I certainly did not expect that soon the day would become much more exciting! In fact, when we reached offshore waters, we spotted a large feeding spot of fish… And thereafter we made several interesting sightings!

Suddenly, after few meters from the feeding spot, we found a large pod of striped dolphins that seemed very intrigued by our boat.

But the most beautiful encounter was the following one: while we had striped dolphins all around us, the watchers on the sighting tower communicated they saw a blow! So, we moved in the direction of the animal and we found a large sperm whale! The marine biologist on board identified him: we were in front of a male named Franky, recognizable by the marks on its back. Franky showed us his tail when he started to dive.

In the final part of the trip I went up to the sighting tower, but we no longer saw anything. Despite that, I was super happy about my first meeting with cetaceans in the Ligurian waters! 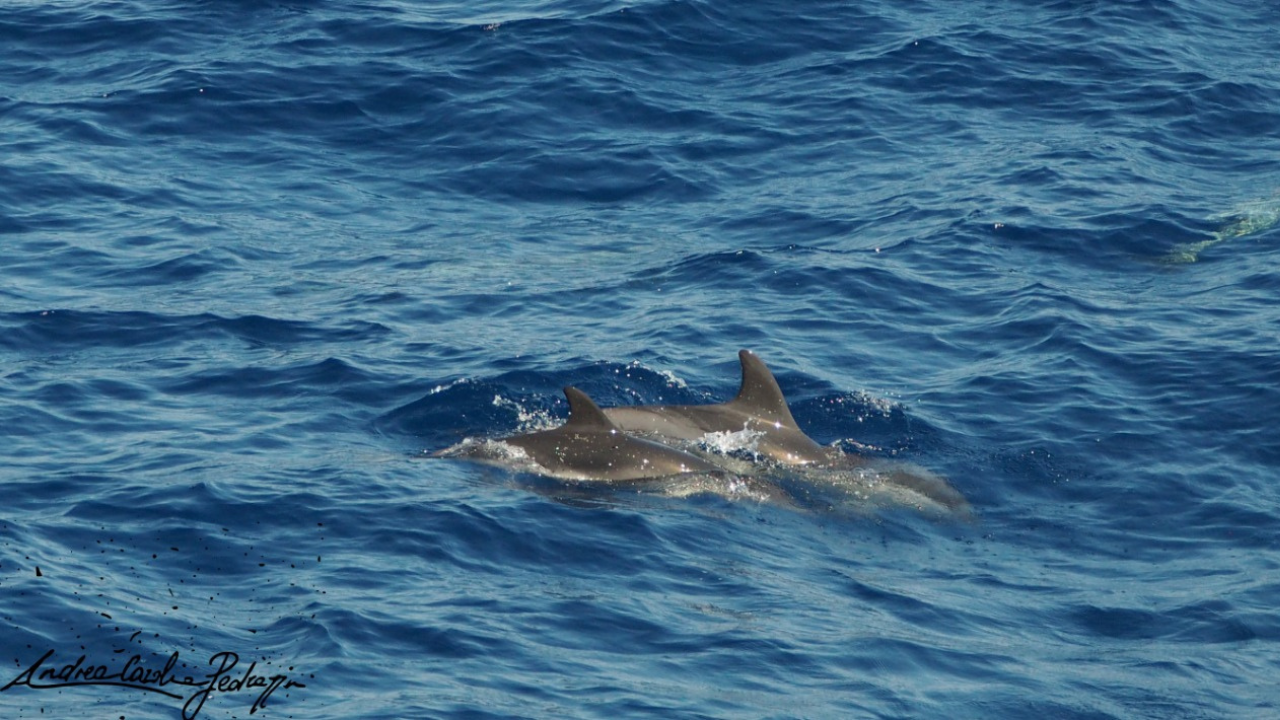 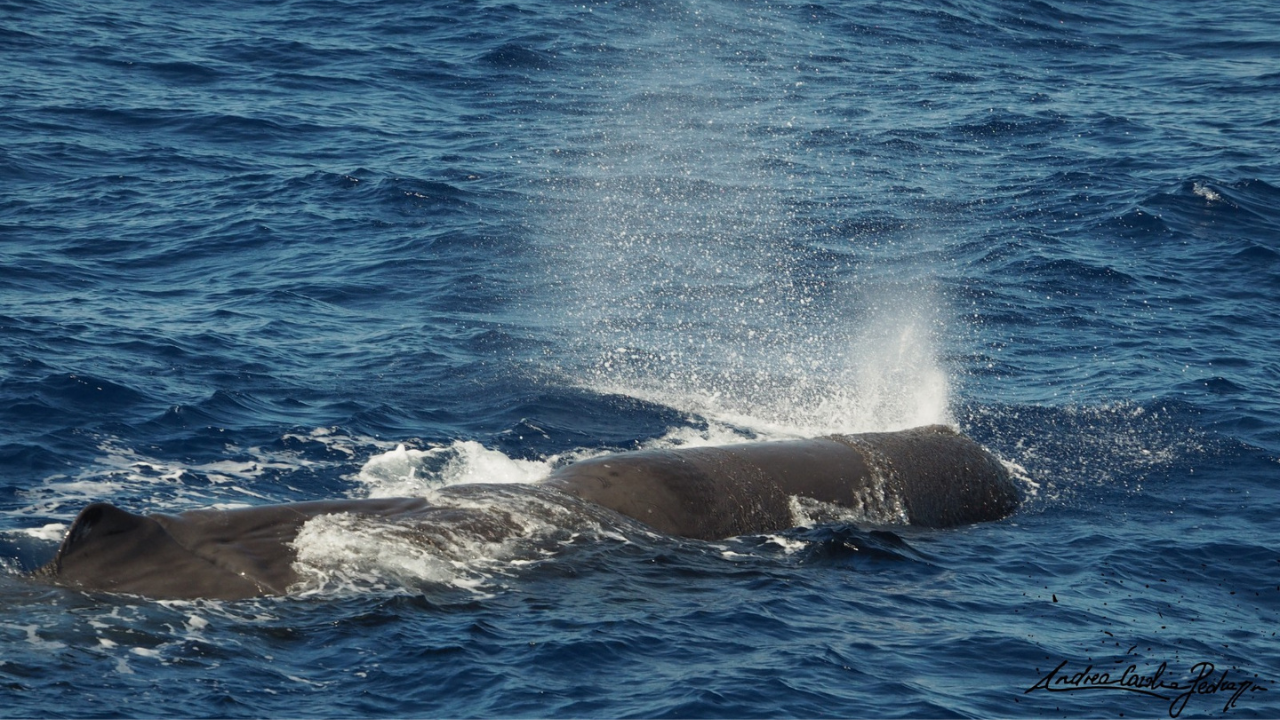