Waiting for the spermwhale

Waiting for the spermwhale

I will never forget my first day on the Corsara! When Patrizia and I arrived, we were introduced to Franco, the captain of the boat, and the crew, Matteo and Giovanni.

Joining us for the weekend there was also Francesco, whom was no greenhorn when it came to spotting cetaceans. He joked saying he has good luck on his side. Experience and luck… I knew it would have been a good day!

The wind was a little stronger than predicted, and I could tell Franco was not pleased. Conditions gradually improved, but unfortunately, the minutes turned to hours without any sighting. I could see passenger’s tired and disappointed faces. There was still a chance to see something so I put the binoculars back up to my eyes and scanned the sea surface for a fin or blow. Franco saw a splash far away straight ahead of the boat but all we could see were seagulls. Then, Elena saw other splashes: a breaching sperm whale!

As we picked up speed to reach the sperm whale everyone got very excited and passengers rose up from their seats to gather towards the bow in order to get a good view. We could see the cone shaped and forward projected blow characteristic of the sperm whale. When we arrived on the spot it was diving and all we saw was the fluke disappear.

Elena and Franco decided to wait for the sperm whale to resurface. After approximately 45 minutes it appeared off the port side, just beyond another boat. As soon as Franco sets a course to reach it, we realized the sperm whales were two! We were almost caught up to them when I spotted another blow behind us: a third sperm whale!

We decided to approach the couple that, rather than diving again, curiously approached our boat. As we all marveled at the beautiful creatures only a few meters in front of our boat, they tilted their heads just below the surface of the water and returned our gaze while diving and resurfacing on both sides of the boat.  Such an amazing feeling!! After few minutes they dove raising the flukes above the surface.

On the way back there was a new energy onboard: researchers and passengers were amazed at such a wonderful and intimate moment with the sperm whales. An encounter worth waiting for! 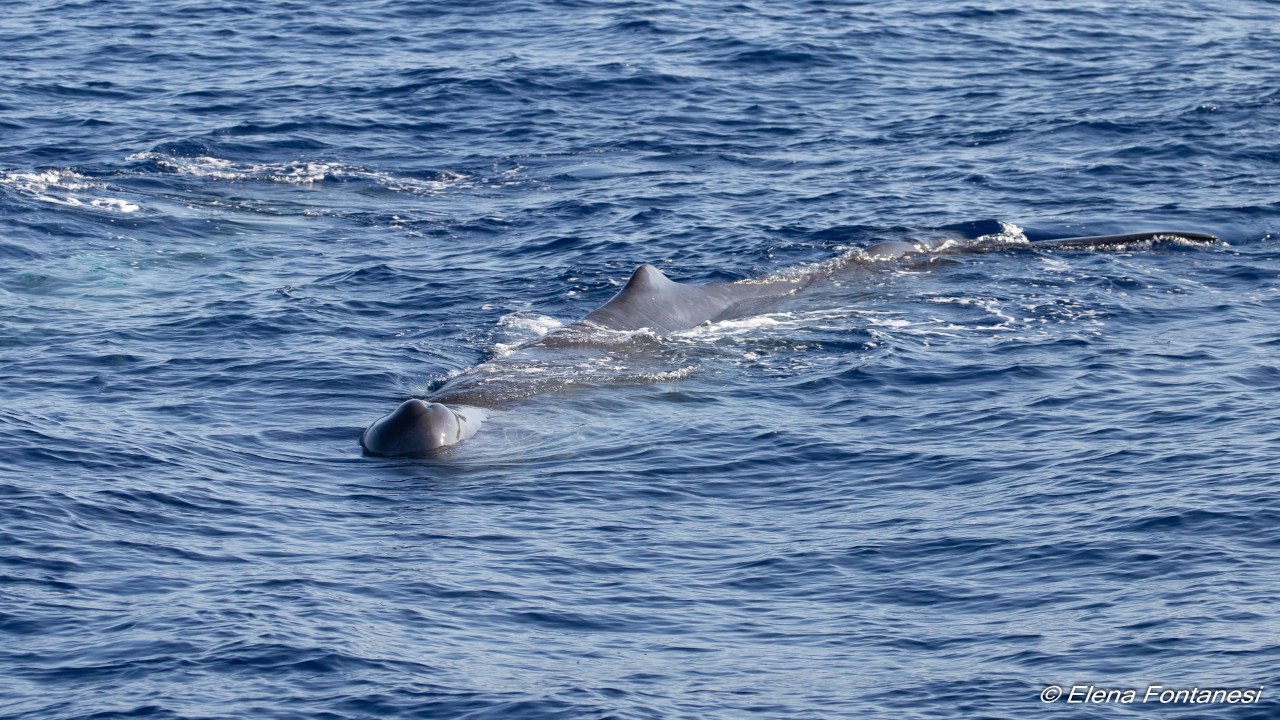